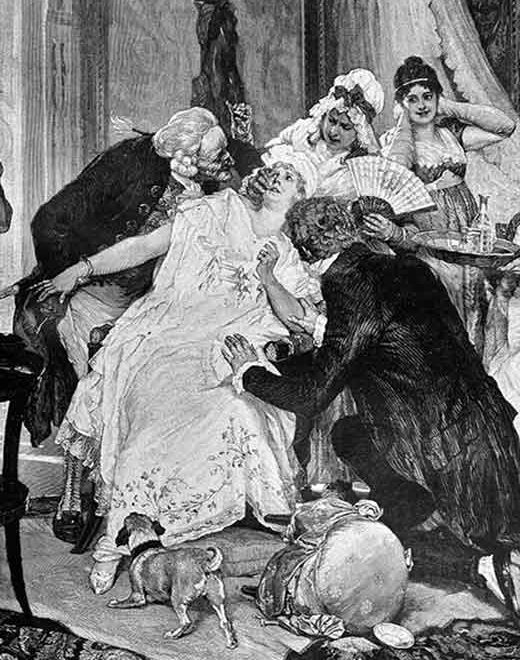 Grooming and hygiene have evolved significantly since the early days of America. In colonial America, people had vastly different beliefs regarding personal hygiene. Plumbing and other technology was also rudimentary by today’s standards, which forced people to have different personal hygiene practices. The history of dentistry has also evolved significantly since the time before and after the American Revolution. Colonists could not care for their teeth in the same way that today’s dental professionals recommend. People in colonial America also lacked the understanding that research has provided dental professionals of today.

Medical treatments in use during colonial times often had a detrimental effect on other areas of health. For example, mercurous chloride was used to treat syphilis and typhoid fever, but it was very destructive to the teeth. People in colonial America often had dental problems, and the loss of teeth was a common situation for people even in young adulthood. Colonists were concerned with having white teeth, though. People used tooth powders containing many different ingredients in an effort to whiten their teeth, including borax, gunpowder, pumice, and herbs. Some tooth powders even contained tobacco. These tooth powders were used to make teeth white, but they could be very abrasive, which was damaging to tooth enamel. Teeth often decayed and fell out as a result.

President George Washington was not exempt from this. In fact, he was plagued with dental problems for many years. Historical accounts state that he had only one tooth when he was inaugurated as president. A common myth abounds about Washington’s dentures being made of wood; however, this is untrue. Washington had dentures made out of various different materials, including lead, gold, ivory, and animal teeth, though some of them were stained to the point that they had a wood-like color.

People in today’s society often bathe once a day. However, in colonial America, people did not have indoor plumbing and running water, which are standard in the typical American household of today. To bathe, colonists had to pump water from a well into a large vessel and then heat it over the fire. After heating the water, it had to be transferred to a portable bathtub, often made of wood. Colonists stored their bathtubs elsewhere and brought them into the house at bath time to bathe by the hearth. Often, the entire family would take turns bathing in the same tub of water. The people made their own soap, or they used no soap at all.

Historians surmise that many colonists bathed only a few times in a year, although they probably washed their hands and faces more often. Bathing during the winter was very rare due to the extremely cold temperatures. A colonist’s social status did not seem to have a bearing on the frequency of bathing, as wealthy and poor people probably bathed about the same number of times in a year. Wealthy people had larger wardrobes, though, so they may have seemed cleaner and smelled more pleasant. Working-class people rarely changed their clothes, and most lower-income people usually had one outfit for workdays and one outfit for Sunday.

Hygiene Practices in the Colonies

Colonists also had differing beliefs about the benefits of bathing. In this era, people believed that bathing created a significant risk for catching diseases, and they thought that too much bathing destroyed the skin’s natural oils. Bathing was also connected with some health issues, and people took baths to prevent or treat illnesses. For instance, warm springs in Virginia were available for medicinal treatment of health issues such as rheumatism. President Thomas Jefferson is said to have tried warm spring baths for rheumatism, but his treatment was unsuccessful. Public bath houses were popular in Europe during the 1700s, but these institutions were not common in America until after the Civil War. Gradually, as people became more concerned about personal hygiene and began bathing more regularly, they also began washing their clothes more often and being concerned with wearing clean clothes. Colonists also used herbs and flowers to try to cover up body odors in clothing.